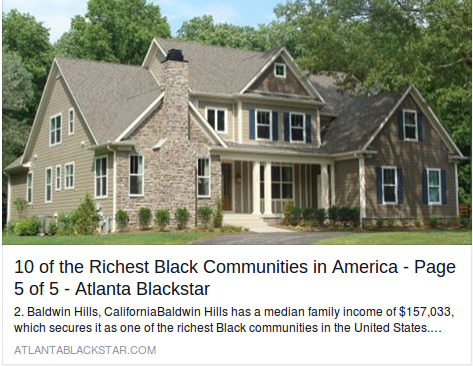 And according to the Bureau of Justice Statistics the level of incarceration for black people  has decreased sharply. For proper context and comparison we have to point out that it increased for whites. So one won’t suspect that maybe incarceration had decreased for everyone.

it’s about time for us to talk about positives when we mention black people. No one can name positive stereotypes. Probably because there aren’t any. Since there aren’t any can anyone name positive facts which are contrary to the false stereotypes? Or name any great accomplishments the black race as a whole has made. In the Media people are reinforced with many positive stereotypes of White society. Much of that has to do with their population numbers though. Being that they are 70% of the population the Media is going to cater to that group. Magazines, Hollywood, etc.

For example. There is a College Prep School that is all black in Chicago. it has had 100% College acceptance for the last 5 years. We hear about Chicago a lot in the media since Obama has been president and i have seen extremely low levels of this being mentioned. so low I can’t even track it.

Speaking of College. Black women have surpassed ALL racial groups of both genders in college enrollment.

“After they leave high school, black women have begun to dominate college. “Though all women lead their male counterparts in college enrollment and degree attainment,” the report says, “Black women do so at higher rates than any other group of women in America.” In 2010, they were 66 percent of all blacks who finished a Bachelor’s Degree, 71 percent with a Master’s, and 65 percent with a Doctorate.
And they keep excelling after they graduate. “As they have from the beginning of their experience in America, Black women lead all women in labor force participation rates,” according to the report. Their labor force participation rate is higher than all other women, and that continues to be true even after they become mothers. They are also very entrepreneurial, starting businesses at six times the national average and representing the fastest growing segment of women-owned businesses. Black women own more than 1 million firms, employ 272,000 people other than themselves, and generate an estimated $44.9 billion in revenue.”
From Think Progress

According to the Census Bureau Black Businesses have grown at triple the national rate.

Why would people ONLY bring up “Ben Carson” or the Obama’s as a success stories? One person. And not talk about the successful all black school that has 100% acceptance rate? Or the black communities in the united states that have a median income of above 70K – 156k a year. Those entire neighbourhood should be a conversation. Not just the latest craze of ben carson all of the time. By only mentioning one person it creates the false impression that the rest of that entire group is a failure. While ignoring the LARGE blocks of successful black communities. Here’s the list along with median incomes.

We have to change HOW we talk about these things. If we all debate and only talk about these things with in the false framing and messaging of these discussions we will continue to prop up the false racial stereotypes that the media and the elites have duped us all into using. As soon as someone says “must address crime, unemployment or out of wedlock”. they are automatically working for the media and they don’t know it.

If someone truly wants to combat racism. One major component is how society views black people. As soon as someone starts pushing the popular media talking points about out of wedlock child birth, Chicago crime rate, detroit, internal race on race crime (black on black singled out falsely), welfare you should immediately counter with

1. Blacks Unemployment is only at 10% so what ever black people are on welfare are most likely working. But have you see the top richest black communities in the United states? And that’s just the top. there are many below them that are in the 50K 60k range. Some as high as 159K per year. And black businesses have grown and triple the national rate?

Regardless of their race. Black or white they will be shocked with these facts. Because this is not what the media or their political overlords have told them.

That’s one example of framing and messaging Jujitsu.

If they thrive on negative racial stereotypes they may be hostile to this new information. And claim you are in Denial. This person has been programmed so well it would cause great envy of any computer programmer. This is how Racism lives and is practiced with people who are not racist. Once people understand that good honest people of all races are propping up the racist framing machine in the media and not just the obvious bigots. We will be a lot closer to understanding how a group can be kept down socially all on how we think and speak about them.