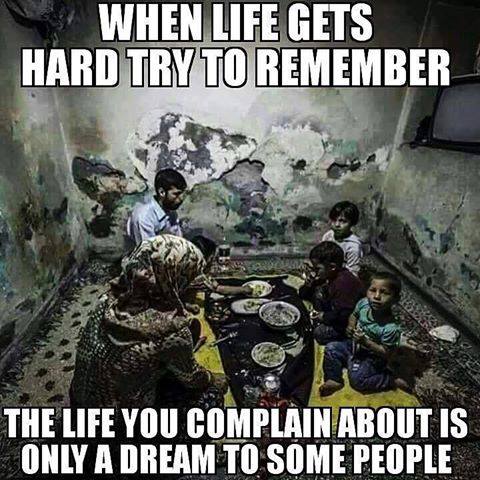 the “Fallacy of Relative Privation” or the “Not as bad as Fallacy” that’s presented in this Disclose.Tv meme. Which is a facebook page that is a good stomping ground for teaching critical thinking. they have fallacies galore when presenting arguments about Aliens and UFO’s and what not. I offered the singular rape versus the gang rape analogy. Should one person not be entitled to grieve about being raped by one person in prison because someone across the street at another prison or in another country gets routinely raped by entire militias? Both are bad and both need to stop and both need to be fought against aggressively. A similar situation being worse does not negate the need to address the premised situation at hand.

This is also a popular fallacy presented to black folks who bring up racism or racial injustice. Some people bring up how Black people are doing in some 3rd world countries as a means of suggesting they should be grateful for the alleged racism or oppression they face here and should just be quiet about it.

Not as bad as